A Marine’s View of the Pre-Trib Rapture

A BRIEF HISTORY OF THE PRE-TRIBUALATION RAPTURE MYTH

The pre-tribulation rapture is a modern day teaching that has helped create the mega-churches within America. It was originally developed in England by John Nelson Darby, who founded the Plymouth Brethren movement back in the mid-1800’s and was subsequently popularized in this country when C.I Schofield, a wealthy American attorney, published the Schofield Bible in the early 1900’s - which contained notes that emphasized this teaching. This Schofield Bible became very popular among Christians, many of whom failed to see the difference between a man-made commentary and the inspired word of God since it was all included in a single book. Today millions of books promoting this pre-tribulation rapture teaching have been published and sold world-wide. Also, many seminaries, bible colleges, and churches teach this as being a foundational truth to understanding God’s love for His people. It is a popular teaching of mega-ministries and it has proven extremely profitable for a few in these leadership positions - thus it is promoted in many of the Sardis and Laodicean-style churches of America. This is a teaching that has seriously weakened the contemporary America church, for it has contributed mightily to the popularity of other false gospel messages commonly known as the “easy-believism and prosperity doctrines” which also employ attractional tactics to build their respective ministries. Pre-tribulation rapture teachings certainly appear to be one of the “myths” that the Lord’s Word has warned us about:

For the time is coming when people will not endure sound teaching, but having itching ears they will accumulate for themselves teachers to suit their own passions, and will turn away from listening to the truth and wander off into myths. As for you, always be sober-minded, endure suffering, do the work of an evangelist, fulfill your ministry. 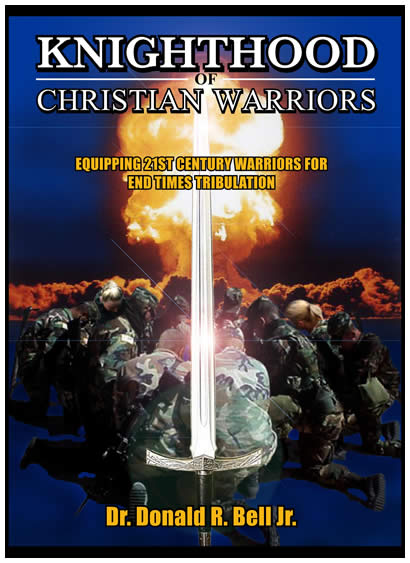 These pre-tribulation rapture teachings provide a false degree of comfort to those who correctly discern the “signs of the times”, but who are fearful of becoming involved. They certainly love reading popular books and watching various movies concerning tribulation-era events, but only if they are continually being assured that they are only reading and watching and will not be participants. Thus, they embrace the lukewarm churches and the television celebrities who emphasize this escapist doctrine. In truth, it is putting the church at ease when, in fact, it should be spiritually preparing itself for the greatest battle in the history of mankind. It is a teaching that robs the church of much of the truth of warfare, for it is embraced by those who wish to be served by God rather than be servants of God. Jesus did forewarn His people concerning doctrines such as this when He states that in the last days:

And many false prophets will arise and lead many astray.

A MARINE’S VIEW OF THE PRE-TRIB RAPTURE

Being a retired Marine Corps officer who spent two tours in the war zones of Vietnam, I disrespect this pre-tribulation rapture myth for being a wimpy sales presentation designed to please those who are scared of potential conflict. Marines don’t leave people behind on the battlefield, and I do get passionately angry when I see Jesus being portrayed as a Commander who calls His people to run from the battle. Jesus Christ is the manliest of men and the greatest leader that ever walked this earth and “retreat” is not in His vocabulary.

Imagine being a warrior in the Army of God who was raptured before the great battle begins. How would you feel in the presence of those who, in the midst of the battle, were martyred for the testimony of God? Are those who escape tribulation by being raptured more privileged in God’s eyes than they were? Personally, I believe that I would be eternally ashamed to stand alongside of my martyred brothers and sisters if I was among the privileged saints who were raptured. Cowards certainly don’t think like this; they are just grateful to not have to experience pain and hardships and to teach others that they too, can escape the battlefield.

My soul yearns for you in the night; my spirit within me earnestly seeks you. For when your judgments are in the earth, the inhabitants of the world learn righteousness.

Thus, God’s warriors need to embrace this opportunity for it is the most important mission we could possibly be assigned.

Now, this pre-tribulation rapture theory is more than simple error; it is a deception that can do great damage to one’s faith. Generations of American Christians have been watching the early birth pangs, convinced by their teachers that the next coming event would be the rapture of the church. Yet, in reality, what is coming is intense persecution for those who hold fast to their faith in Christ. A consequence of this mythical teaching will be widespread disillusionment when tribulation descends on this nation and people will realize that they have been deceived by their teachers. There will be a great falling away and many former church-goers will align with the world in blaming God for allowing such catastrophe to take place and will then betray many who remain in the fellowship of the church.

All false prophecies are dangerous, and this one carries particular risks. Consider the following testimony of Corrie Ten Boom, who was imprisoned by the German Nazi’s for hiding Jews from their persecutors. After the war, she spent time as a missionary to the Far East. She wrote,

I have been in countries where the saints are already suffering terrible persecution. In China, the Christians were told: “Don’t worry, before the tribulation comes, you will be translated, raptured.” Then came a terrible persecution. Millions of Christians were tortured to death. Later I heard a bishop from China say, sadly: “We have failed. We should have made the people strong for persecution rather than telling them Jesus would come first.” Turning to me, he said: “Tell the people how to be strong in times of persecution, how to stand when the tribulation comes – to stand and not faint.” I feel I have a divine mandate to go and tell the people of this world that it is possible to be strong in the Lord Jesus Christ. We are in training for the tribulation. Since I have already gone through prison for Jesus’ sake, and since I met that bishop from China, now every time I read a good Bible text I think: “Hey, I can use that in the time of tribulation.” Then I write it down and learn it by heart.

Finally, I can truthfully tell you that in my personal time before the Lord, I have prayerfully requested that if a pre-tribulation rapture is somehow true for a specific remnant, please leave me behind to stand in support of my Christian and Israelite brothers and sisters who must endure the tribulation.

“Christian warriors, we are called to fight, not run from the battle!”